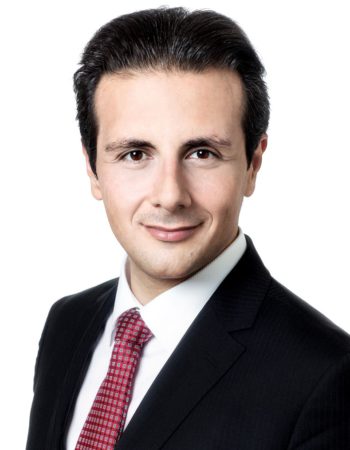 Ep.20 – The Journey from Bitcoin to Enterprise Blockchain 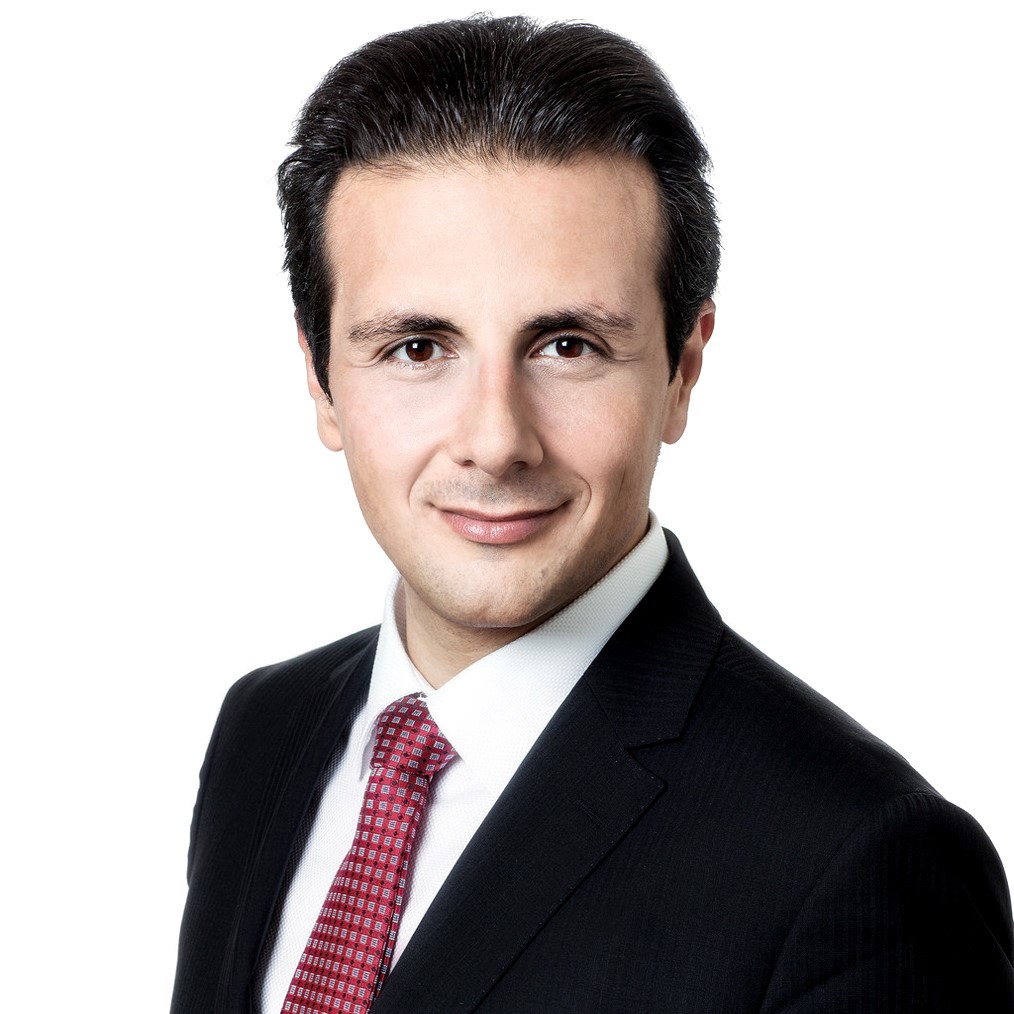 This week we look at the exciting journey from Bitcoin to enterprise Blockchain with Burak Yetiskin, a director at Deloitte in Switzerland.

Burak, a former cryptologist turned strategy consultant, has been working in consultancy for nine years now. His last three years have been spent working exclusively on DLT and blockchain technology within the financial services and insurance sectors at Deloitte.

Simply put, blockchain is the underlying technology of Bitcoin, where Bitcoin was the first application of distributed ledger technology (DLT) used for transactions, in the form of the first decentralized cryptocurrency.

Following from the first deployment of blockchain technology and the success of the first Bitcoin transactions, the technology is being scaled into something much greater than previously imagined. What was originally created to underlie an online currency is becoming a complete distributed solution, revolutionising global business and trade. This revolution is paired with a change in perception, as blockchain developed from ‘the technology behind bitcoin’ into a distributed ledger solution allowing the immutable agreement of facts, statements or contracts in the business world.

What is Blockchain? CNBC explains the break-though technology from CNBC.

How did the banks and governments react to Bitcoin initially?

Due to Bitcoin’s lack of central authority, it was and partially still is perceived to represent a shadow finance world, where the participants are unbound by regulations such AML, CTF and KYC, meaning governments had reason to be fearful. China’s move to ban access to cryptocurrency exchanges in addition to ICOs until clear regulatory requirements are introduced exemplifies this scepticism, with hopes that the volatility of the market can be regulated and protection measurements can be put in place.

The small-scale adoption of cryptocurrency worldwide does not threaten established institutions and governments; however, they’re increasingly realising the potential of bitcoin and also the underlying technology. A recent speech from Chinese President Xi Jingping outlined the value of blockchain to modern technological advancement, with Chinese Central Television stating that “the value of blockchain is 10 times that of the internet” in a recent show. This represents a significant U-turn in their standpoint on the technology. They are not alone in embracing blockchain, with numerous Proof of Concepts and pilots built using blockchain or DLT inspired technologies (see Ep.8 – Building a Blockchain PoC/Pilot), with cases of usable money transfer and trade finance platforms emerging recently from huge institutions such as Santander and HSBC.

The hype was fuelled by extreme market volatility, which brought media attention and subsequent market entrants fuelled by large short-term gains. This led to a surge in the market value from 18 billion in 2017 to almost 800 billion by the start of 2018, only to decrease again to around 200 billion by June 2018. The rise and fall was due to increased publicity influencing a rapid influx of money into the market, causing accelerated market growth without the underlying development of the firms which issued the traded coins – leading to an unsustainable hike in price.

For those in the blockchain industry, there is often a love/hate relationship between Blockchain and cryptocurrencies such as Bitcoin. The love stems from the continued awareness and publicity that Bitcoin provides to other blockchain based technologies, whereas the hatred is due to the constant misunderstandings surrounding the difference between the two. Banks still often misconstrue blockchain technology as belonging on the dark web and being shady or involved in illegal transactions. This is far from the truth and the distinction between the two needs to be made clear. Bitcoin is simply a currency based on blockchain technology, whilst blockchain is a technology which has the potential to reorganise and streamline current business processes. Once this distinction is clear, the hype can be transferred into a reality, and serious investigations and investments into the technology can begin.

How blockchain technology is being adopted by business:

Once enterprises realised the true potential of DLT they started implementing it for internal purposes, looking into what the technology can do for them through PoCs, with parallels to Amazon’s release of their marketplace in the 00s, with later adoption by third parties.

2. Birth of the Consortiums

However, soon everybody realised that ‘nobody wants to own the world’s first fax machine’ and shifted their focus to working in collaboration in order to amplify the business impact of the new blockchain technology, with consortiums arising. The pooling of resources ensured that enterprise-grade platforms were created from the likes of B3I and R3, allowing the full value of blockchain to be exploited through a network of participants in either the insurance or finance sector respectively.

These consortiums permit both the technology to be tested, and also the notion of cooperation between competitors, allowing common issues to be resolved whilst maintaining a competitive edge.

JP Morgan has made a number of serious investments to bring the technology into place, in order to have a disruptive and transformative impact on the sector. Their focus has been to bring blockchain ‘under the hood’ – meaning the infrastructure is being moved to DLT or DLT inspired models in order to support the same front-end operations but more efficiently with no significant difference to the customer experience.

The benefits of inadvertently keeping blockchain out of focus are that it allows the company to focus on the final business outcomes and increase efficiency without receiving scrutiny on the technical details of the technology’s design. By keeping the technology ‘under the hood’, sceptics who view blockchain as a publicity stunt, simply attempting to increase share prices though positive press, are disproved. Instead, companies are focussing on utilising the technology to provide different, more efficient ways of operating, to the benefit of the customer rather than simply allowing them to say “Well, we looked into it”.

CEOs in the industry are being faced with the dilemma: do I choose a tried and tested system of central databases utilising a series of APIs and cloud technologies, or do I side with a new and relatively unproven technology, with a way to go in terms of maturity but heaps of promise? When focussing only on benefits term, it is important to understand which ‘pain points’ you aim to improve in the short, mid and long term, and whether the decentralized way of working brings value to your business.

A number of trade finance consortia have recently exemplified these benefits. HSBC and ING recently announced that the first trade finance payment had been made using R3’s Corda platform, allowing letters of credit to be viewed in real-time on a shared platform, providing increased visibility for the financing of trade and reducing the time-costs associated with this. When compared to ‘legacy systems’ involving passing physical records from party to party the benefits are obvious in this case, however each and every use case should be analysed in detail, with businesses ensuring that blockchain adds value to business outcomes before spending money and time implementing the technology.

Start-ups which have been successful in demonstrating the success of blockchain to their relevant sectors have often have strong connections to their industries, ensuring that they comply with the regulatory framework necessary. In the UK, the FCA curates a sandbox area where they support start-ups and ensure that they have an informed view on the regulatory environment, with the recent cohort containing numerous DLT inspired start-ups, such as BlockEx and Etherisc amongst others (see Ep.17 – Creating a decentralized insurance model with blockchain & smart contracts – Etherisc). GDPR exemplifies the current regulatory climate in which start-ups must survive, with the immutable and shared elements of DLT coming under specific scrutiny and posing specific challenges.

Numerous NGOs have utilised DLT in attempts to transform the world for good. One such example is a company attempting to help Syrian refugees regain their identities after they have been lost in fleeing their war-torn homes. The distributed nature of blockchain technology allows their identities to be verified at multiple check points, having a massive impact on those individuals and illustrating one of the numerous social impacts of blockchain technology.

How can blockchain be used in the insurance space?

Whilst this is an exciting prospect for the majority of industry partners, it is possible that blockchain technology could disintermediate certain parties unless they rejuvenate and reassess their positions in the sector. Whilst this may not be such an issue as the industry enters a transitionary phase where both DLT and legacy models are utilised side-by-side, when the industry has fully evolved, they would need to find a new industry position in order to survive within the new blockchain environment.

Which blockchain initiative has caught your personal attention?

Burak identifies blockchain initiatives in the commodity sector – a sector plagued with inertia for the last three to six months, as being extremely exciting. By streamlining the data from commodity traders, customs officials and government departments and locating it all in one place on a secure and verified network, the transactions could take minutes instead of days, thereby transforming daily operations and exponentially improving the operations of businesses within commodities trading.

The benefits of streamlining data here are not dissimilar to those outlined by Marilyn Blattner-Hoyle of AIG in Ep.13 – Blockchain & Trade Finance, illustrating how ripe the financial services sector is for blockchain innovation.

Burak shares an interesting insight into the rise of blockchain technology and its uses across the industry. If you liked the podcast, feel free to review it on iTunes and if you have any questions or comments do not hesitate to ask them in the comments section below. Any specific questions for Burak please also leave in the comment section and we will endeavour to get him over to our site to answer them.