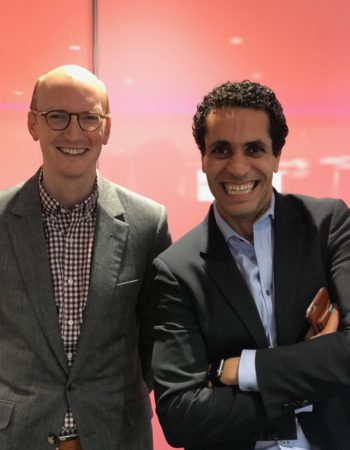 Ep. 24 – Britain poised to be global leader in blockchain 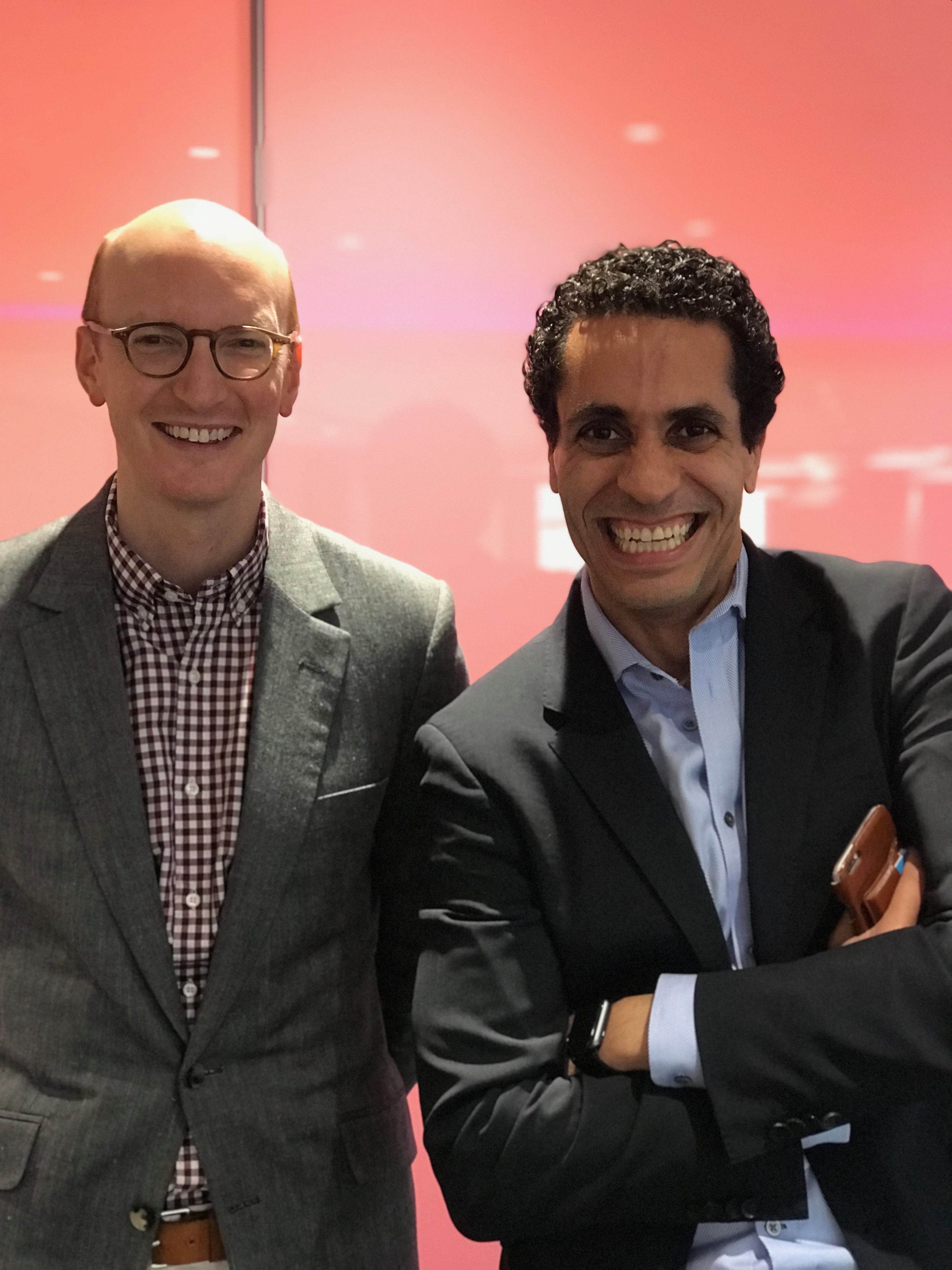 This week we focus on a recently published report claiming that the UK is poised to become a global leader in blockchain. To help us discuss this we are joined by Sean Kiernan– one of the reports key authors and CEO at DAG Global.

The easiest way of describing blockchain is to imagine a spreadsheet, which everyone across the world can see, in both its current format but also every previous edition. This analogy reflects the decentralization of the ledger and also the immutability of the blockchain technology and can be extended further as formulas can be added to spreadsheets. The addition of formulas reflects automation offered by smart contracts, allowing ecosystems to be built and enabling the restructuring of processes for the benefit of all parties.

Is the UK placed to become a leader in blockchain?

To build a successful blockchain ecosystem, both IT and Financial sectors are required. Unlike the US, where San Francisco and New York are independently recognised as the technology and finance hubs respectively, London is rare in that it has a huge IT sector alongside a financial services sector which are both globally recognised. Many of the big American IT houses have acknowledged this, with Google, Apple and Facebook increasing their UK staffing despite Brexit lying just around the corner.  In addition to the right industry components, the UK’s regulatory framework is also beneficial to widespread blockchain development and adoption, but more on this will be mentioned later. 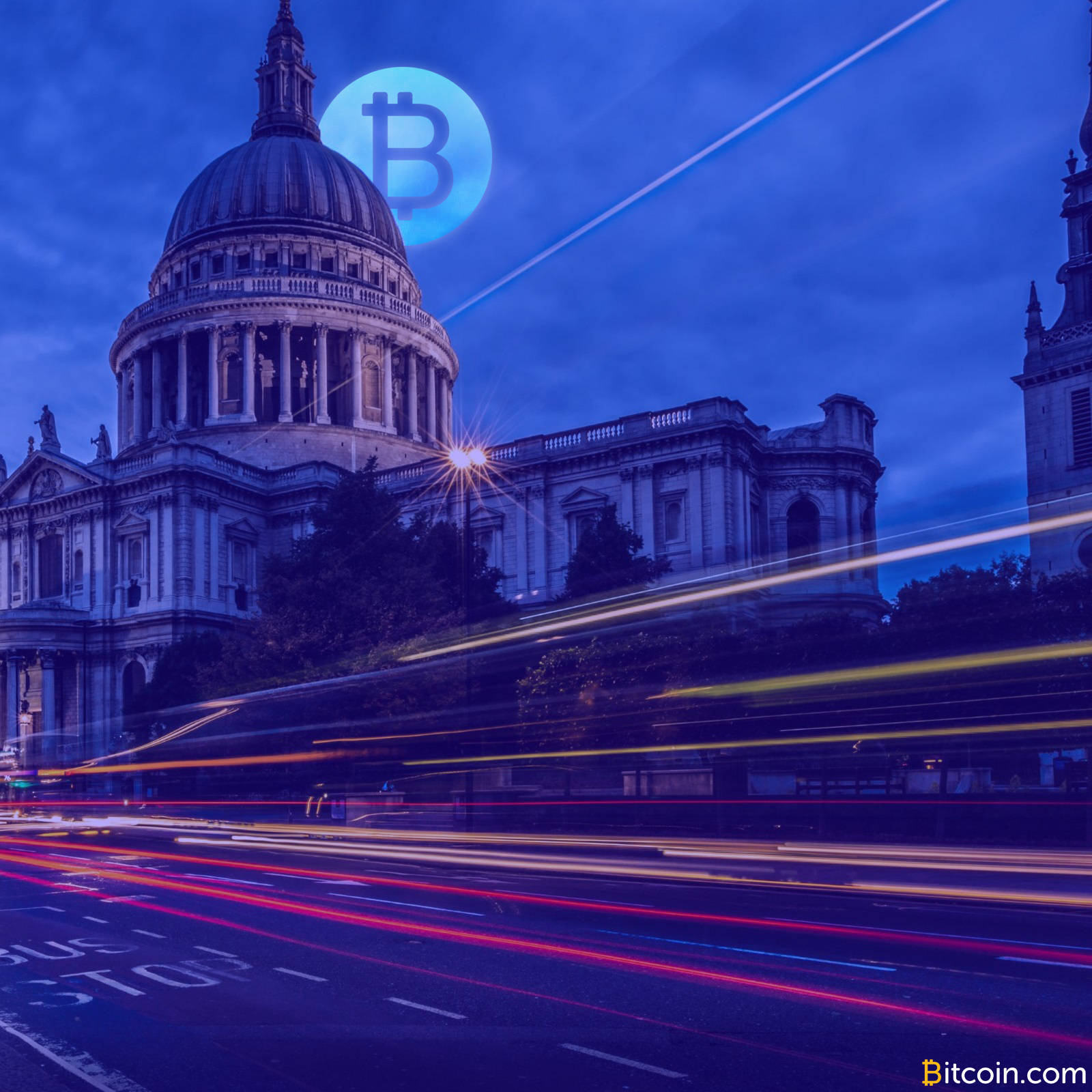 Whilst places like the Zug Valley in Switzerland are also competing for the title of ‘blockchain capital’, with an intent in the Swiss Banking sector redefining itself through marketing and cryptocurrency. However, the Swiss finance sector cannot compete with the depth of financial services offered in London, with a multitude of hedge funds, insurance, private equity and asset management firms alongside a healthy range of private banking firms also, leading to wider demands on the blockchain ecosystem and more potential for progress. The presence of blockchain consortium R3 in London represent the developmental opportunities in London, not only in finance but also within both healthcare and real-state industries also.

How has the UK Government engaged with blockchain?

The involvement of the All Party Parliamentary Group on Blockchain (APPG Blockchain) and Deep Knowledge Analytics in authoring this report has outlined the discussions between governmental groups and different sectors of the UK economy as to how blockchain can be used to optimal effect. Additionally, the FCA has provided public statements of support for the emerging sector and a regulatory sandbox for product development. Businesses can test innovative products, services, operating models and delivery mechanisms within the regulations imposed by the FCA, ensuring that consumer benefits can be delivered whilst also managing the associated risks.

The successes of this scheme have led to a ‘global sandbox’ being proposed, with the FCA leading a collaboration of 11 other financial regulators, forming the Global Financial Innovation Network (GFIN) and demonstrating future promise for the move towards regulated global blockchain adoption with the FCA at the helm. By recognising and working with blockchain developers, the GFIN can help educate individuals on the safety of blockchain. This helps to bridge gaps between traditional financial services and blockchain based technologies such as cryptocurrencies, with potential for a token economy in the future.

How was the report initiated?

The report was the brainchild of a group of people. Dmitry Kaminiskiy, a colleague of Sean’s at DAG Global, is also the founder of Deep Knowledge Ventures and has issued numerous reports in various sectors including technological longevity and artificial intelligence. He discovered that no such report on the UK blockchain space had been conducted and set out to create an encyclopaedia of UK blockchain in collaboration with Big Innovation Centre. The Big Innovation Centre is a UK-based thought-leader, helping to bridge the gap between the government and the private sector, opening dialogue and ensuring all parties are working together. The report was designed to be a snapshot doing just that – raising awareness and opening discourse between the various parties. Hopefully, the report has been completed at an opportune time, giving the industry an extra little push at a time where some serious investment is being made and many professional people looking into how they can utilise the blockchain technology for maximal effect.

Examples where blockchain is being applied

Blockchain technology can become a universal language allowing immediate trust between parties with potential to be instrumental to the running of numerous processes across business. The transparency offered through immutable records and smart contracts is essential in allowing secure transfer of value, allowing blockchain to transform processes, reflecting the disruptive nature of the internet in the 2000s.

A primary example is within property. The country of Georgia worked alongside a company called Bitfury to solve issues associated with land-ownership rights. They started by placing the national land registry onto a blockchain, immediately solving a whole host of problems ranging from data quality issues to records accuracy and providing a public-access database allowing data to be efficiently accessed and transferred when required. Additional benefits were also observed. The insurance industry benefitted, with more frictionless access of records and acknowledgement of risks, and transactions within real-estate instantly became more secure, increasing trust and allowing time-stamped verification of previous transactions to be accessible to all.

The benefits extend to medical records too, though there is more contention surrounding this due to data protection issues. Theoretically, an individual could store their medical records on a blockchain, where they would own the data and then consent to disclose various parts of the record as and when required. By empowering the consumer in this way, the logic is shifted from current systems where databases and records are maintained by a specific company. Companies targeting these issues include disruptive pilot services such as Medichain and Mediledger which are both aiming to place sensitive patient data onto blockchain, providing both security and accessibility benefits in a hope to revolutionise healthcare.

The idea of blockchain allowing technology to meet trust is exemplified through Fizzy, the flight delay insurance policy released by AXA (see Ep. 22 – Fizzy, AXA’s Blockchain Case Study for more details). Where Laurent Benichou (Head of R&D at AXA) brilliantly says “it’s not anymore AXA that decides if you’re indemnified or not, it’s the smart contract”, perfectly summarising the level of trust in the blockchain code.

Companies at the forefront of blockchain adoption are split into two categories, the bigger companies which have specific R&D subsidiaries or departments who are able to take a chance on something new, or the smaller nimbler companies who are happy and comfortable disrupting the markets and blazing a trail and leading the way in the industries. However, within 3 to 5 years, it is expected that the larger companies will develop their own divisions or acquire start-ups in order to bring the technology in house and reap the benefits themselves.

Criticisms of blockchain and future directions

One of the major hurdles blockchain technology approaches in the future, revolves around governance and data standards, with many saying that ensuring this interoperability between blockchains may take some time. This view was reflected in an article by Forrester Research, entitled ‘Prediction 2018: The Blockchain Revolution Will Have To Wait A Little Longer’ which predicted the winding down of numerous blockchain projects and pilots with others scaling back ambitions and timelines. Whilst there may be an element of truth in these predictions, that is not unusual with the onset of new technology and people should not be discouraged. The natural life cycle of these projects sometimes involves two steps being made forward with one step back, due to the experimental nature of the technology. However, much of the institutional funding is around for the long term, despite vociferous reports from places such as the Bank of International Settlements who disproved of the energy consumption surrounding cryptocurrency mining and the ‘fragility’ of the code. It is important to remember for each setback or cynic, there are plenty of alternative viewpoints held by those optimistic of blockchain’s future (as this blog has gone some way to prove).

The Banking sector reflects this, with recent reports of up to $1.7 billion invested into optimising the backend operations of banks with blockchain potentially transforming the transfer of value. Creating an ecosystem that can be shared across the sector is crucial, with the work of consortiums like R3 and B3i essential in the widespread adoption of the technology ensuring that compatibility between ecosystems is optimised. With many members of the Insurance Sector moving towards the Corda platform in order to streamline their backroom operations.

Other future directions to be explored could take advantage of the ability to follow events in real time on a blockchain. The benefits have been explored in previous episodes on Marine Insurance and Insurwave (See Ep.12 – Insurwave – A Maersk pilot for marine blockchain insurance, Ep.18 – Insurwave: the complete story with EY and Ep.19 – Insurwave: the insurer’s perspective with MS Amlin and XL Catlin) and have similar potential in the line of motor insurance with the utilisation of trackers and peer-to-peer (P2P) sharing of information improving the amount and quality of data available to insurers, and allowing them to reflect this in premium prices.

What blockchain initiatives have caught your personal attention?

Sean identifies a number of initiatives focussing social benefits of blockchain, specifically on increasing transparency with foreign aid delivery, and ensuring that those who are most in need of aid receive it, without a middleman taking a cut. One such example of this is AID:Tech, which is an Irish FinTech start-up aiming to bring social and financial inclusion to those currently underserved and ensuring the traceable flow of aid into disaster hit regions such as Syria.

Sean gave us a great insight into the report outlining the state of blockchain in the UK. If you liked this episode please do review it on iTunes – these reviews do make a huge difference. If you have any comments or suggestions on how we could improve, please don’t hesitate to add a comment below. If you’d like to ask Sean a question, feel free to add a comment below and we’ll get him over to our site to answer your questions.